I know her passion is real. I know the parents care and are ready for change. I hope they all realize a new administration is not going to stop the neoliberal assault on public education – and I hope de Blasio doesn’t end up in the pockets of the fascists who run NYC. This of course points to the problem of reform. The whole system needs to be changed. Reform is actually what brought us to this point. Welfare “reform” put more woman and children on the streets, education “reform” created NCLB.
The path forward needs to be radical (change at the root) systemic change, because even if progressive “reforms” are won, neoliberal capitalists are going to continue to take money out of the system that supports us, they will continue to privatize everything we need to survive.

I always thought Fry and Laurie played Jeeves and Wooster brilliantly. I constantly recommend Wodehouse to people, but no one ever takes me up on it. Ah well, enjoyable article by Jason Diamond here and a great clip choice that highlights Laurie’s musical and acting brilliance.

Hey Atlantic, can you show me a graphic like that of San Francisco’s corporate elite and how much public money they get, how much in tax breaks?

It’s amazing to me that people haven’t seen through the false argument governments are constantly making (because it’s so effective): do you want us to give these workers more money, or do you want better services – or more often, keep the same level of service? If we give teachers a raise, we are going to have to cut special ed. funding. It’s your choice, you have a vote, etc…

The way the debate is framed, the way workers are pitted against each other, is entirely determined by the rich. Working people – and you can see it in the comment section – are encouraged to be jealous of people with decent jobs. They are told it isn’t fair. What isn’t fair is that we don’t all have good jobs.

With the war on unions since around, oh, let’s just go with 1980 again (anyone remember that year?), somehow the idea of solidarity has been wiped from people’s minds. Listen, when we support good wages and benefits for others it sets a standard for everyone else. When we help poor people and striking fast food workers, it raises the floor and increases our collective worth. Yes, the unions have plenty to answer for and much to change (democratic union anyone? real rank and file participation? Money for boots on the ground organizing instead of campaign contributions to people who end up screwing us?), but the data is clear when it comes to wages with and without unions. Unions are still “worth it” in oh so many ways. Workers just have to fight to make them democratic – just like they have to fight to make our country democratic.

Instead of petulantly repeating right wing talking points that are from the same ideological swamp as “welfare queens,” why not support working people? While you’re at it, why don’t you start organizing your workplace or get people together to demand the rich pay their fair share? Why not call the politicians out who are telling us we have to choose between good salaries and taking money from services or already struggling people while they take money from corporations? These are false choices that leave the rich to go on their merry way, while we wait on them and give them money out of the state coffers we fill. They are laughing at us. They are manipulating us like puppets. There is massive corruption at all levels and corporations are getting huge tax breaks, or not paying taxes at all – or getting money back! From us. Again.

What it comes down to is that the banksters and transnational corporations who crashed “the economy” are not in jail. They are keeping the money they stole from us, our taxes, our pensions, our houses – and making more money from that money, and getting free money – while we fight over scraps. Divide and Conquer.

Are we going to figure this out soon? I’m going to hold my tongue now, because I want to keep this civil. I will just say this: at this rate (the rate of change leading to people becoming conscious of what’s going on), after the corporate rapaciousness and venality of the last five years seeming to have zero effect on people’s ability to think and act, I have next to no hope for this country.

Coincidentally, not long ago I posted a link to They Live on this site. Just scroll down or search to watch.

All across America, Wall Street is grabbing money meant for public workers

Joseph Stiglitz couldn’t believe his ears. Here they were in the White House, with President Bill Clinton asking the chiefs of the US Treasury for guidance on the life and death of America’s economy, when the Deputy Secretary of the Treasury Larry Summers turns to his boss, Secretary Robert Rubin, and says, “What would Goldman think of that?”

Then, at another meeting, Summers said it again: What would Goldman think?

Pussy Riot’s Nadezhda Tolokonnikova: Why I have gone on hunger strike
In an open letter, the imprisoned Pussy Riot member explains why the brutal conditions at Penal Colony No 14 have led her to undertake a hunger strike in protest

Click on text to read article and watch video 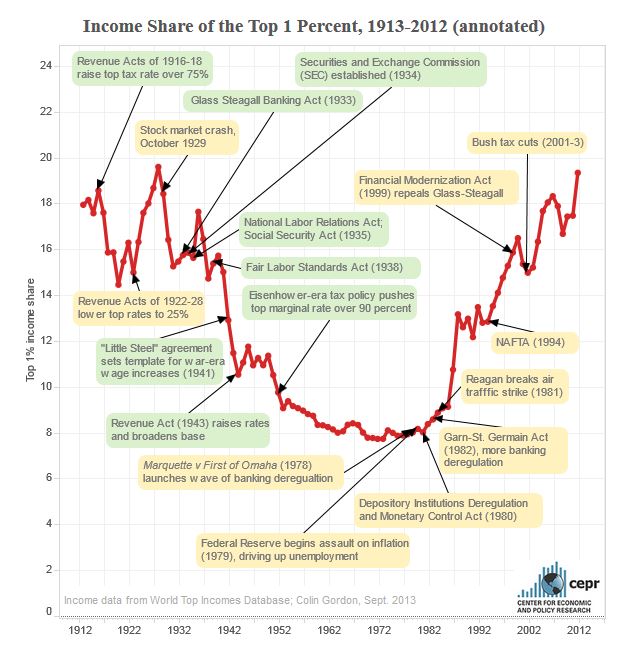 This graphic adds an annotated political history to the iconic (and recently-updated) Piketty and Saez data on top income shares in the U.S. The events and legislative landmarks listed here are representative rather than exhaustive. And they are meant to suggest broad policy shifts rather than direct causal relationships. But the pattern is nevertheless clear. The share of the top one percent rose during eras of tax cutting, light financial regulation (or deregulation), and labor weakness. And inequality narrowed when policy pushed in the opposite direction.

University of Oregon to Faculty: You Belong to Me!
~
Margaret Mary Vojtko, an adjunct professor of French for 25 years, died underpaid and underappreciated at age 83
~
Faculty to University of Oregon: Oh No We Don’t!
~
Ralph Ellison’s race classic “Invisible Man” banned in North Carolina
~
Uncertain Times in India, but Not for a Deity
~
Most of us will have to work until we drop
~
San Francisco split by Silicon Valley’s wealth
~
I’m Gen Y, and I’m Not a Special Snowflake. I’m Broke

So the new boss–for now–at NPR is a former financial industry lobbyist who is a regular donor to Republican politicians, with ties to two prominent conservative think tanks. When NPR finds a new boss, he’ll continue to be a member of NPR’s board.

TPP in the USA Is Why We Occupy
~
“Final” TPP Round Not Final: Are Even More Secretive Talks Ahead?
~
US super-rich hit new wealth record five years after financial crisis
~
Employment Inequality: Job Gap Between Rich And Poor Widest On Record
~
Top 1% Getting 95% of Income Gains: Is Washington Responsible?
~
This is a complete list of Wall Street CEOs prosecuted for their role in the financial crisis
~
Hundreds of Wall Street Execs Went to Prison During the Last Fraud-Fueled Bank Crisis
~
If you think you know what ‘debt’ is, read on 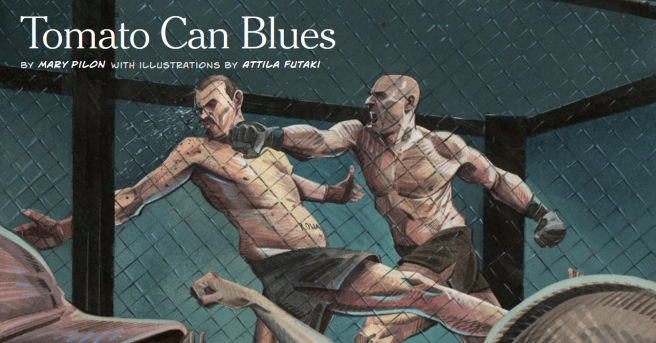 An american story, in so many ways…

Guardian Story on Israel and N.S.A. Is Not ‘Surprising’ Enough to Cover
~
WHAT’S BECOME OF THE GERMAN GREENS?
~
The Suicide Detective
~
The Progressive Movement is a PR Front for Rich Democrats
~
We Must Hate Our Children
~
How Does the Ruling Class Feel When It Rules?
~
My Technology, My Self; When we talk about technology, aren’t we really talking about ourselves?
~
Fear and Loathing in Modern Media: Hunter S. Thompson on Journalism, Politics, and the Subjective

Click here to listen to an interview Davey D recently did with Angela:
Angela Davis Looks Back at the 16th Street Church Bombings 50 Years Ago

This is a great way to introduce yourself or your children/students to important figures in american life, from historical figures to contemporary truth tellers.

“The original portraits and accompanying resources promote our country’s ideals, illuminate the necessary work of the present, and inspire hope in the future.”