but disaster lies in wait for countries whose officials

smoke the same hashish they give out.” – I.F. Stone

What happens to a dream deferred?

Does it dry up
Like a raisin in the sun?

Or does it explode?

Lack of political will = Corruption

“Law is merely the expression of the will of the strongest for the time being.”

“The law is simply whatever is boldly asserted and plausibly maintained” – from “Burr, A Novel,” p.136 by Gore Vidal

The consensus seems to be that it is an actual Burr quote.

Much absurdity and suffering has come from making a dogma of an extreme reaction. 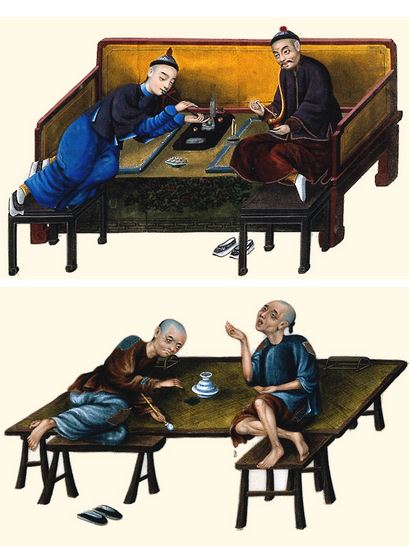 “All governments lie,
but disaster lies in wait for countries whose officials
smoke the same hashish they give out.” – I.F. Stone

There must be renewed recognition that societies are kept stable and healthy by reform, not by thought police; this means there must be free play for so-called subversive ideas – every idea subverts the old to make way for the new. To shut off subversion is to shut off peaceful progress and to invite revolution and war.
I.F. Stone’s Weekly (1954-03-15)

Every time we are confronted with a new revolution we take to the opium pipes of our own propaganda.
I.F. Stone’s Weekly (1963-01-21)

I sought in political reporting what Galsworthy in another context had called “the significant trifle” — the bit of dialogue, the overlooked fact, the buried observation which illuminated the realities of the situation.
The Haunted Fifties (1963)

Lifelong dissent has more than acclimated me cheerfully to defeat. It has made me suspicious of victory. I feel uneasy at the very idea of a Movement. I see every insight degenerating into a dogma, and fresh thoughts freezing into lifeless party line.
I.F. Stone’s Bi-Weekly (1969-05-19)

I thought I might teach philosophy but the atmosphere of a college faculty repelled me; the few islands of greatness seemed to be washed by seas of pettiness and mediocrity.
I.F. Stone’s Bi-Weekly (1971-12-14)

“The tradition of the oppressed teaches us that the ‘state of emergency’ in which we live is not the exception but the rule. We must attain to a conception of history that is in keeping with this insight. Then we shall clearly realize that it is our task to bring about a real state of emergency, and this will improve our position in the struggle against Fascism. One reason why Fascism has a chance is that in the name of progress its opponents treat it as a historical norm. The current amazement that the things we are experiencing are ‘still’ possible in the twentieth century is not philosophical. This amazement is not the beginning of knowledge–unless it is the knowledge that the view of history which gives rise to it is untenable.”
– Walter Benjamin, “Theses on the Philosophy of History,” (Spring, 1940) trans. Harry Zohn.